Until a few years ago, facial recognition was a technology in its infancy, yet to be implemented but with lots of potential.

Technology giants such as Facebook and Apple have since brought it to consumers, but it is in its application as biometric gates and ID scanning procedures at airports that it has reached the peak of its fame.

As recent aviation events have proved, facial recognition is one of the fastest-growing technologies in the industry, with big names like Panasonic, Gemalto and Vision-Box all investing heavily in perfecting and trialling it in small and large airports around the world.

However, with great power and popularity comes a good deal of responsibility, which, according to a growing number of US citizens, federal agencies are failing to recognise and take onboard.

Widespread distrust of the technology has begun to grip major cities in the US – mainly due to a lack of clarity about how officials use it. This led to San Francisco becoming the first city in the country to ban the use of facial recognition by city authorities and police in May 2019.

Although airports run by the US Transportation Security Administration (TSA) – a federal agency – have been exempted from this ban, public scepticism of the technology is rapidly expanding to the aviation sector, leaving the industry to wonder: is facial recognition’s future in jeopardy?

The initial flame of discontent was sparked in 2017 when President Donald Trump’s administration announced plans to implement biometric technology at the top 20 US airports by 2021, as part of an effort to tackle terrorism and improve national security.

Scepticism further escalated in March, when documents obtained by BuzzFeed News revealed that the US Department of Homeland Security is undermining key issues such as use of data and privacy protection, in its attempt to meet this deadline.

Since then, the issue has become a recurring topic in Congress, while several civil rights advocacy groups are increasingly taking to the media to express their concerns.

“There are still too many people to which the concept of facial recognition is some sort of entertainment, and see the technology only used by super-rich companies,” says Jake Laperruque, senior counsel at Washington-based think-tank The Constitution Project. “But the truth is that it's becoming a fairly normal tech that is being increasingly used in society.”

What civil rights are at stake?

At the core of the problem seems to be an overall lack of transparency from both US agencies and the White House on their use of facial recognition technology and its accuracy rate.

“People increasingly know that this is a very powerful and invasive technology and have concerns about what the state has been taking from them and what they will do with the data, [as well as] how they are being interfaced with law enforcement and federal agencies,” says Laperruque.

As Washington remains vague on the deployment of facial recognition, he continues, advocacy groups like The Constitution Project and its parent organisation the Project On Government Oversight have been campaigning for more clarity.

They argue that issues around data security and accuracy, as well as the lack of a clear authorisation process prior to use of data, should be looked into specifically. As Laperruque explains, data protection and security are the top priority. In fact, although airlines previously said that they do not keep record of their passengers’ details, the data is being shared with federal agencies.

Accuracy is also high on the agenda. “These systems tend to be prone to a pretty fair degree of error especially in certain circumstances and for certain demographics,” asserts Laperruque, adding that the fault factor is particularly high when it comes to identifying women and people of colour.

Lastly, the TSA is making little effort to inform passengers that the technology is in use at their airport. As Laperruque puts it, “A big concern for progress and liberties is that there is not a clear notification system by the TSA and Customs and Border Protection (CBP).”

The risk of these issues seriously hampering civil rights should make enough of a case, according to Laperruque, for the suspension of facial recognition technology until problems are addressed.

“When you have that many problems up and down the board and so little transparency and effective rules,” he explains, “it's probably a better idea to just shut it down and maybe start this again when the agencies have a reasonable plan to implement this technology in an effective way.”

Facial recognition may well be heavily criticised in the US, but in Asian countries like Japan, the technology is widely used in airports, as well as in many other areas of normal life.

Here, Panasonic is leading the market with its latest One ID solution, which includes a range of products powered by biometric technologies to use across all airport operations.

Masahiro Ohashi, division manager at the Innovation Center of Panasonic’s Japan-based division Connected Solutions Company, says that the technology’s numerous benefits can no longer be ignored in today’s society.

But it is clear that Laperruque’s concerns on privacy and accuracy can’t be ignored either. As a result, Ohashi says that compliance and consensus are key when it comes to handling personal information. 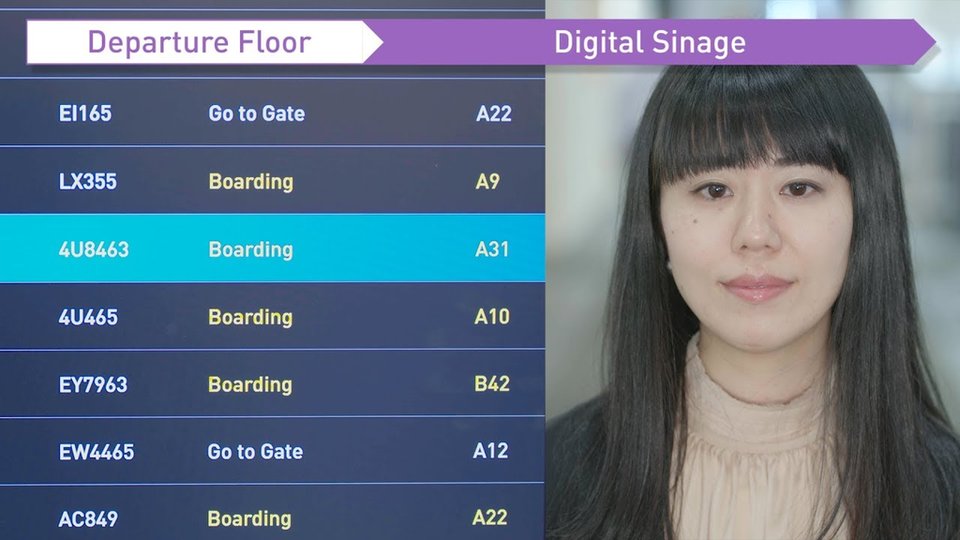 “Ensuring strict compliance with regulations alone is not enough,” he says, “so we forge a consensus among users and public opinion,” as well as comply with the guidelines that have been set out by local public institutions.

As for privacy protection, Ohashi says Panasonic is working on “decreasing the risk of information leakage by structuring the facial recognition system in a way that limits access to the data and managing the data on an encrypted server,” and making sure that information is deleted once the identification process is completed.

Lastly, he says, the company has worked to make sure that its facial recognition technology can accomplish over 99% accuracy in matching faces, and can even limit false matches to 0.001%.

The verdict on facial recognition’s future

Since San Francisco’s ban of facial recognition software, talks have been held across several other cities and states in the US to adopt similar measures and potentially extend them to airport security checks.

Additionally, a number of advocacy groups recently launched a website called AirlinePrivacy.com to inform users which airlines use facial recognition on their flights. Passengers can also use this platform to directly book flights with airlines that have not implemented the tech.

However, federal agencies still look reluctant to make changes. “This is one of those instances where you have a ‘surveillance-first-ask-permission-later policy’,” explains Laperruque, whose organisation is currently working to find out what US federal agencies – including CBP and TSA – are using facial recognition for. “The way they've developed the plans and responded to our questions and problems shows that it's not being managed responsibly.”

Despite admitting that a nationwide ban on the technology is unlikely, he maintains that growing public awareness will eventually lead to more clarity from the White House, which will be required to make some changes in its programme.

As Laperruque puts it, “there is a good chance to rein the ban in and get some effective limits in place and get a much stronger degree of transparency and clear rules about how it should work.”

This is also Panasonic’s stance on the matter, as Ohashi stresses the need for all parties involved – from governments to manufacturers to the general public – to be included in the implementation of the tech and the discussion around it.

From the company’s point of view, this can only be achieved by “stressing compliance and heightened awareness of data security issues with customers who utilise our facial recognition solutions” and openly debating the problems it may have.